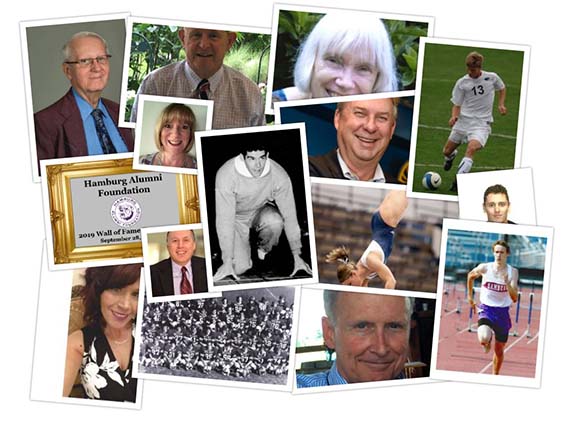 The Hamburg Alumni Foundation will honor the following inductees at the 2019 Wall of Fame Ceremony on Saturday, September 28, 2019 at Michael’s Catering & Banquets, 4885 Southwestern Boulevard beginning at 5:30 p.m.

HHS Graduate and Channel 2 Sportscaster Heather Prusak will serve as the Master of Ceremonies.

Tickets, which include dinner, are $35 for adults, $20 for children 12 and under and are available at Lockwood’s Greenhouse and J.P. Fitzgerald’s beginning September 1st.

Join us in recognizing favorite teachers, former classmates, friends and athletes from “the glory years.” Anyone is welcome.

If you are not able to attend the event, but would like to make a donation, please contact Scott Obenshain at scottobenshain@yahoo.com.