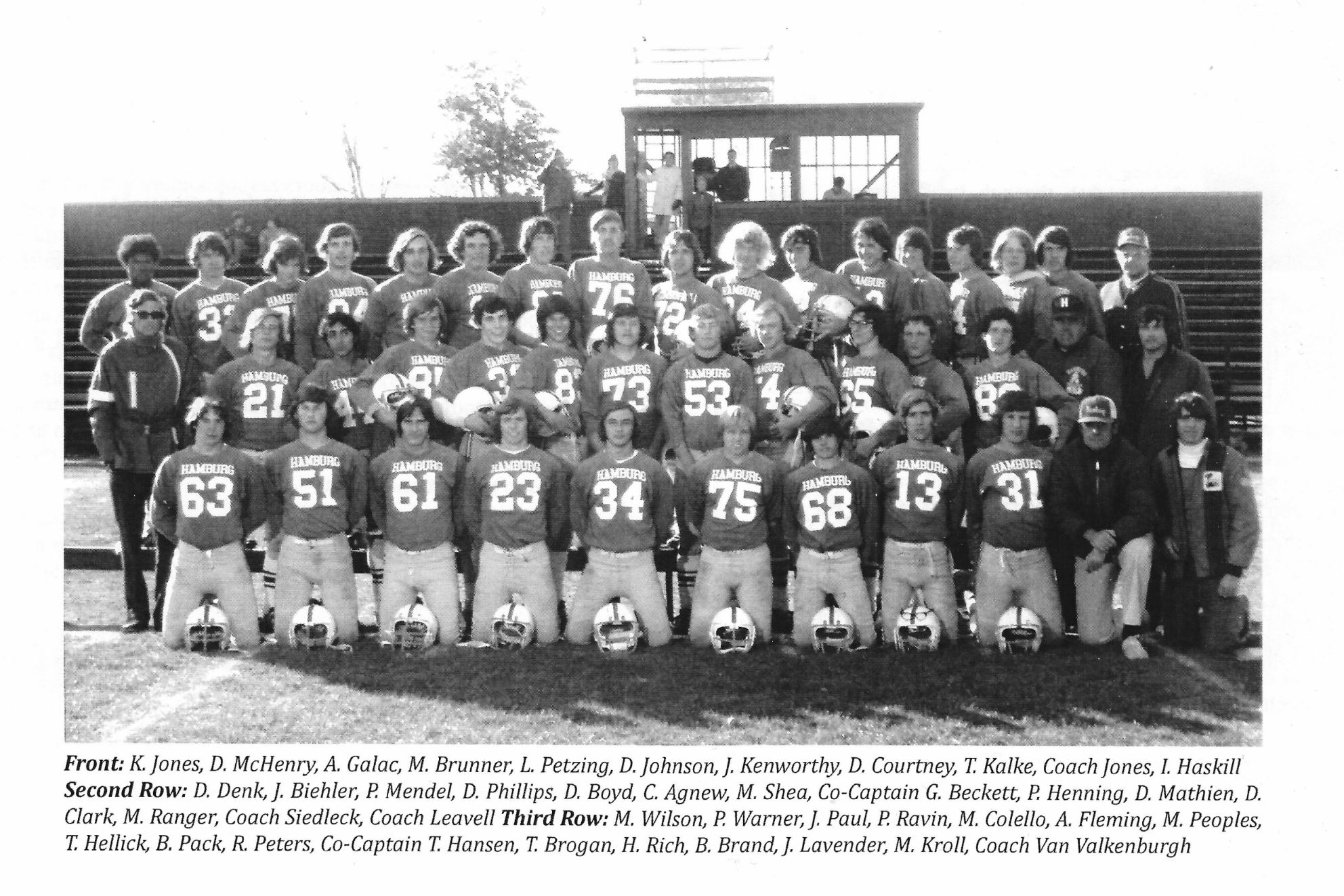 8-0! After 40 years it’s still the way that teammates greet one another, whether on email or when getting together for reunions. “The most talented team I ever coached,” remarked Head Coach Dick Van Valkenburgh, who along with Defense Coordinator, Gene Seidleck, and lead by Co-captains, Gary Beckett and Tom Hansen, enjoyed the first undefeated football season since 1959, and the last Hamburg football team to complete a perfect season. This team had all the characteristics of a successful team: speed, endurance, dedication, commitment, and the will to outlast all opponents.

According to team records, the 1974 team was rated #3 in WNY and #11 in New York State! They outscored their opponents 217 (27 PPG) to 39 (4.9 PPG). On offense, Quarterback Dennis Courtney ran the option offense majestically, distributing the ball to running backs Mike Wilson (10 yards per carry), Tom Kalke (5.6 yards per carry), and Phil Warner (5.4 yards per carry). While Courtney only threw the ball 28 times all season, 4 of those passes went for touchdowns, 3 of them going to Andy Fleming. On defense, the team had four players selected Division II 1st team All Stars: Al Galac, Rick Peters, Larry Petzing, and linebacker Doug Boyd, who was an All-State selection.

One of the remarkable facts of this team according to Coach Van Valkenburgh was that “the skill level was so good that we were able to split the team into strictly offense and defense,” with 21 of the 22 positions being played by a different person, in other words, only 1 player played both on offense and defense, which is unheard of in high school football. In total, eight players on offense and defense were chosen as All-Stars, four 1st team on offense and defense. Talking with team members they all lament that there wasn’t a playoff back in 1974 or this team ‘would have gone to 9-0 at Ralph Wilson Stadium! 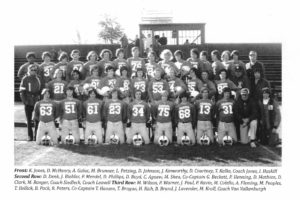