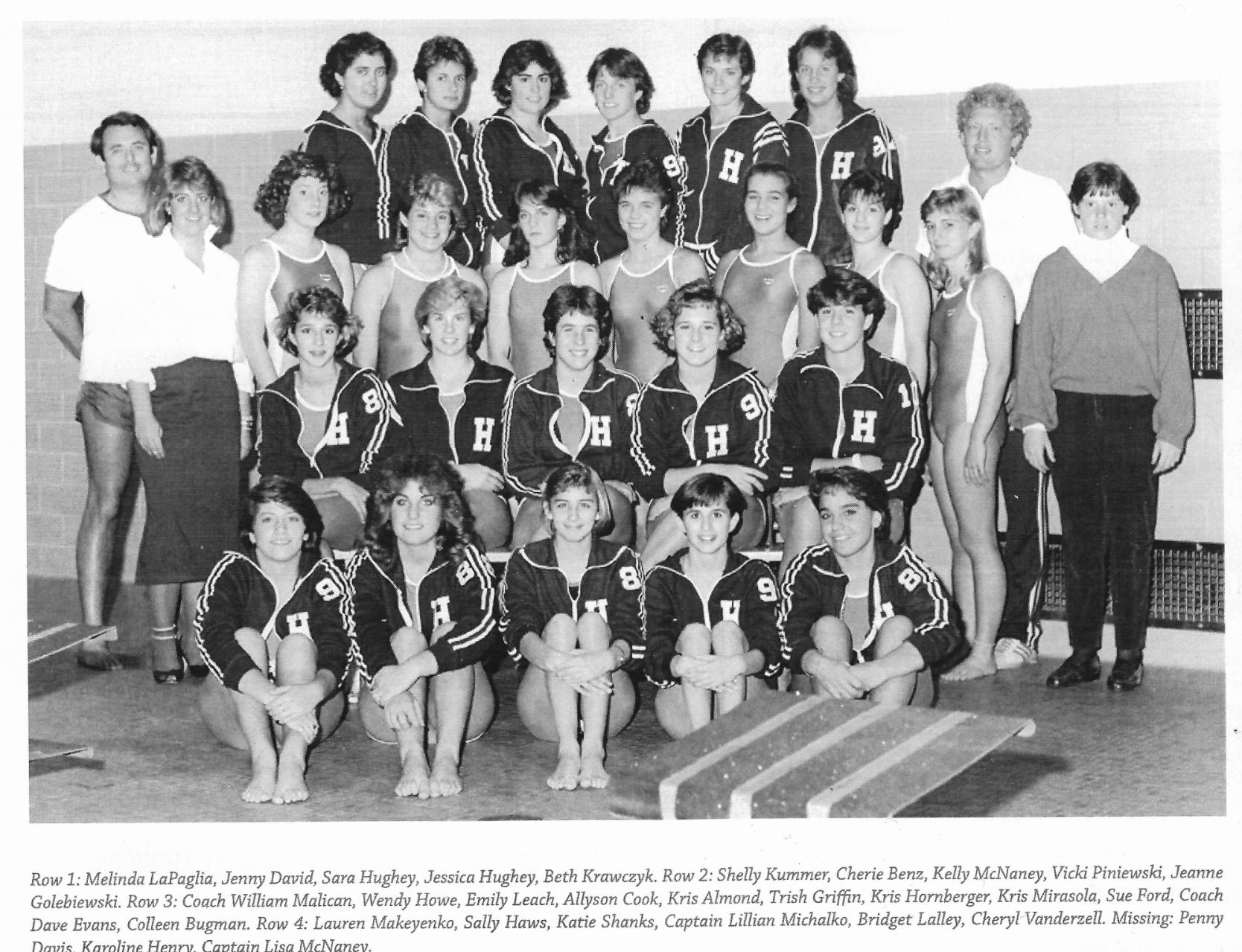 The Hamburg High School girls swimming and diving team dominated Section VI during the mid-eighties. The Lady Bullfrogs won 54 consecutive dual meets from October 1983 through October 1988. The Sectional Champion teams of 1985, 1986 and 1987 were the culmination of a tradition of excellence that began in the late seventies. The girls won nine ECIC Divisional titles beginning in 1978 and six ECIC Meet Championships beginning in 1980. The HHS Class of 1988 was undefeated from their first modified swim meet to the final varsity meet in 1987. 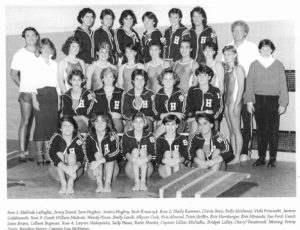