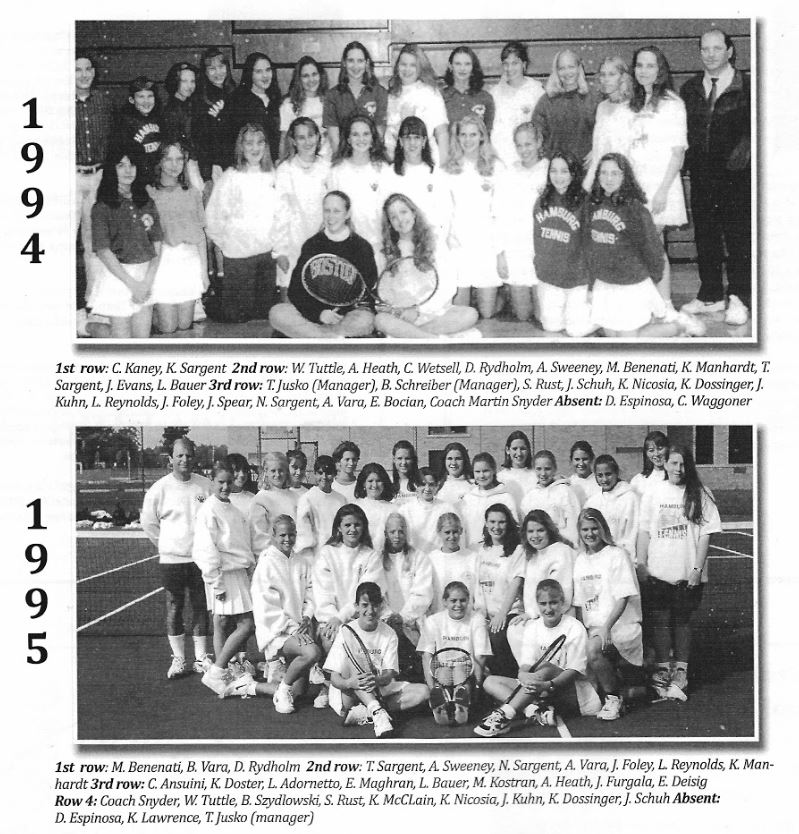 Team of Distinction: Hamburg High School’s 1994 and 1995 Girls Varsity Tennis Teams. They were undefeated Division II Champions both years, with a 20-0 record over the two seasons. The ’95 Division Championship was their 4th in 5 years, with a 45-4 record in division matches. The winning continued into the late 90’s, with 5 members of the ’94 and ’95 teams advancing to the State Championships in 6 successive seasons. Margaret Benenati, along with doubles partner Kelly Sargent, just missed a trip to States in ’94. Benenati made it to States in singles in ’95 after finishing 2nd at ECIC’s and 3rd at Sectionals. 1994 Team members Andrea Sweeney and Nicole Sargent won the ECIC Doubles Championship that year. They went on to place 2nd in the Section VI Championships, advancing to States. They again qualified for States in 1995, and in 1996 advanced to States for the 3rd consecutive time. Sargent went to States 4 times while playing tennis at Hamburg High School. Nicole and Tricia Sargent were Section VI and ECIC doubles champions in 1997, advancing to States that year. Tricia and Jill Adornetto won the Section VI Doubles Championships, were ECIC finalists and advanced to States in 1998. Several of the girls from the ’94 and ’95 teams went on to play tennis at the collegiate level. In looking back, Coach Marty Snyder said, “Hamburg High School has a long history of having quality tennis teams, but what set the team apart during the ’94 and ’95 seasons, along with their accomplishments, was their camaraderie and shared unity of purpose. In a largely individual sport, rarely do a group of players, each bringing their own unique talents, skills and attributes to the team, come together to form such a cohesive unit”. What also made the team special was their collective ‘refuse to lose’ approach that they brought into each match, along with their ‘we’re not going to lose – you’re going to have to beat us’ attitude. These players wanted to do well – expected to do well – and gave their personal best in every match. They supported one another, took pride in the success of their team and thereby brought out the best in each other. Although they played with intensity, the players clearly showed a love of the game and had fun together on and off the court. It really made those years enjoyable and memorable for everyone who had the privilege of being a part of it.” The team was moved into Division I for the next 5 years where their win-loss record was 41-9. During that time, they had two 1st place and three 2nd place finishes. 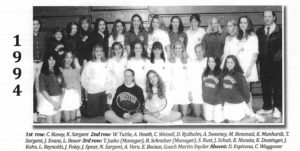 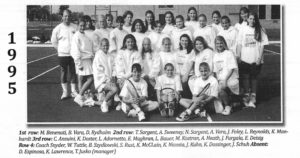