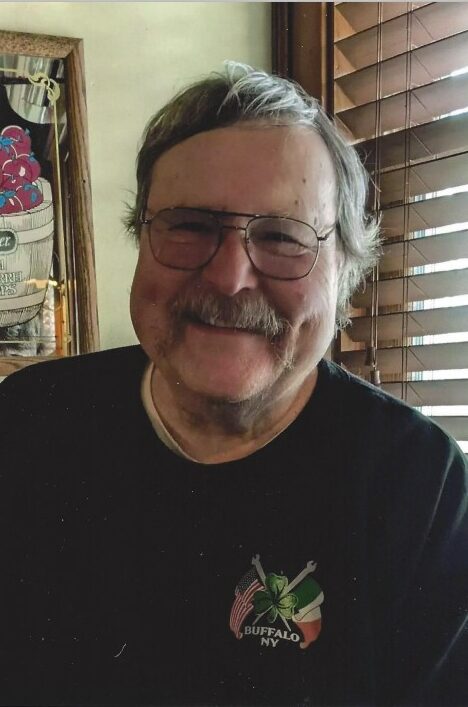 Dale was raised in North Boston and attended Hamburg High school where he was an accomplished athlete, excelling in football, basketball and track. He was a 3-year starter on both the football and basketball teams.

Dale was an imposing figure, standing 6’5’, which made him a perfect offensive tackle to clear a path for the running backs and a towering, intimidating center on the basketball court. He received 1st team Division I All-ECIC honors for two consecutive years in football and second team in basketball his senior year. Dale was also a three-year participant in track, competing in shot put, high jump, and the 880 relay.

Dale was awarded the Hamburg Purple Key (today referred to as the Directors Key) for outstanding athletic achievement. His two favorite high school memories are football related – destroying Frontier 54-0 during the 1966 season and defeating East Aurora on the last play of the game, ending their undefeated season. Dale also noted that during his senior year, his was the last class to wear leather helmets. Ouch!

Upon graduating in 1966, Dale left for a two-year stint in the Army.  He was stationed in South Korea as a Colonel’s driver and played football for the 8th Army Conference. After returning home, Dale freelanced as a certified welder and fabricator.  He eventually became a member of the Ironworkers-Local 6-Buffalo, where he held the elected position of Sergeant at Arms for 12 years. Dale retired in 2010 with 30 years of service and resides on seven hilltop acres overlooking Kissing Bridge and the beautiful Glenwood Valley. Retirement has given him the time to enjoy his love for motorcycles and spend time with his partner Jeannie Burke.