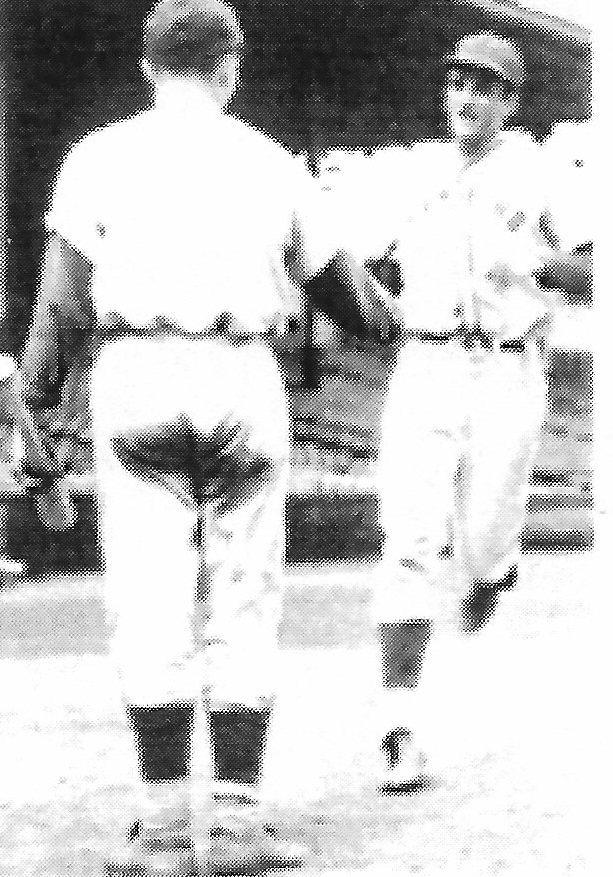 The 1949-1950 athletic season was arguably the most successful year in Hamburg Bulldog history, as Hamburg sports teams won five of six championships in the major sports. Dick Vann, from the Class of 1950 was a major contributor to three of those championships. Dick was a three-sport star, at 6’4″, he was a dominant basketball player, who led the purple and white in scoring, and was selected all-star center of the league. The 49-50-basketball team captured the Section VI title for the Championship of WWI’, defeating Falconer at the Auditorium in downtown Buffalo. Team Captain Dick Hauck remarked, “it was a thrill for us to play at the Aud.” But for Vann, that wasn’t the most memorable highlight of his high school career, as he was the starting pitcher for 1950 Hamburg baseball team in the Section VI championship game versus Gowanda, played at Offerman Stadium. Not only did Vann’s pitching help Hamburg win the game, but according to the 1951 Echo’s yearbook, “Vann thrilled fans with a towering home run” that cleared the fence and was hit out of Offerman Stadium! Dick also played end on the 1950 championship football team, and went on to play baseball at Canisius. Vann joins his brother Pete, and football teammate Paul Leberman into the Hamburg Wall of Fame.  Mr. Vann died unexpectedly in 1969.