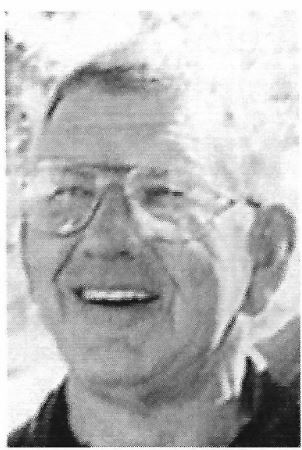 At Hamburg High School, Grover Ellwood, Jr. was a standout athlete on the football and tennis teams, and also played on the Ham-burg High basketball team. Grover served as Captain of both the football and tennis teams in 1942, lettering in tennis in 1940, 1941 and 1942. Following high school, Ellwood joined the Marines where he was a communications specialist stationed in Santa Barbara, California. He later went to Oberlin College.  Ellwood had a lifelong commitment to fitness and sports, remaining an avid running and bicycling enthusiast his whole adult life. He was one of the original organizers and founders of the Hamburg Indoor Tennis Club, and an avid skier with the Red Jacket and Sitzmarker ski clubs. According to his son Grove, “Dad loved being part of a ‘team’ whether it was sports, career or civic involvement.” He founded the Ellwood Insurance Agency in Hamburg in 1951 and continued to give back to his community. He was one of the original volunteers and a director of the Hamburg Counseling Center. He also served as past president of the Hamburg Rotary Club where he was a Paul Harris Fellow. Elwood was named “Man of the Year” by the Hamburg Chamber of Commerce in 1989 and given an Outstanding Citizens Citation by President Ronald Reagan in the late 1980’s. He served on various committees for the Hamburg School District and was an exempt member of the Hamburg Volunteer Fire Department.