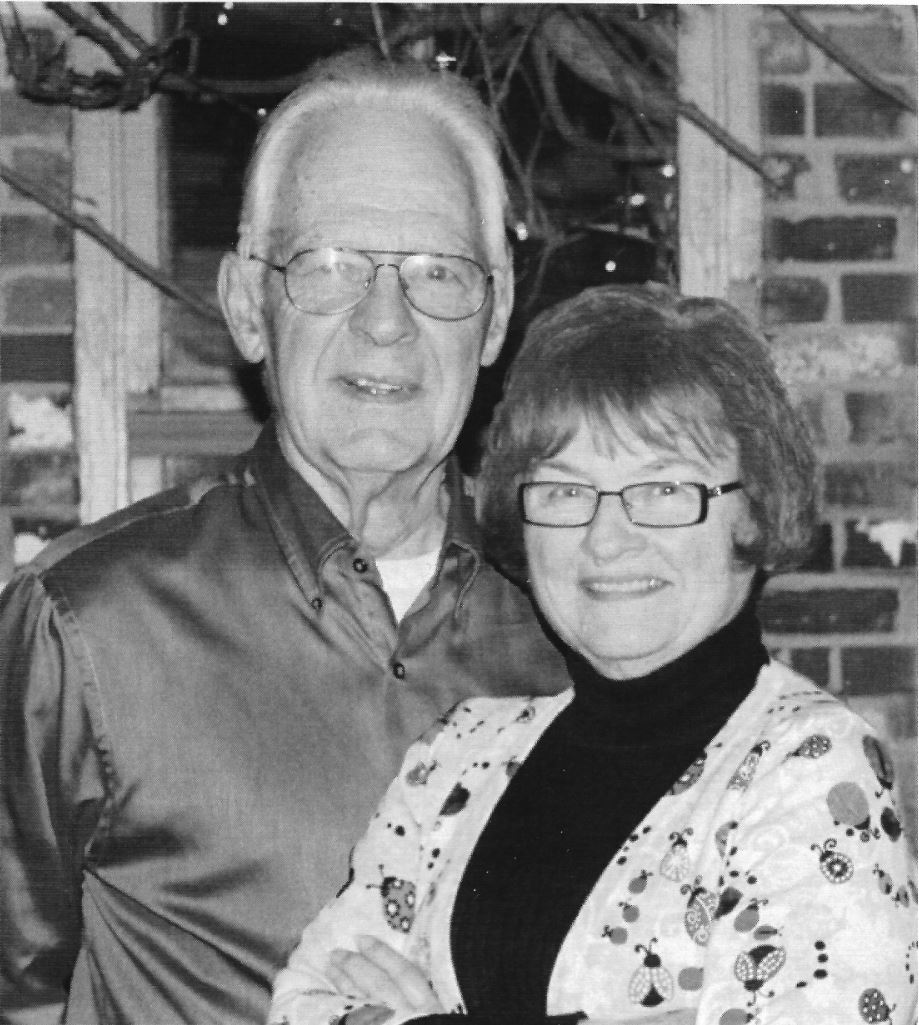 Jackie Riggs Emerling (Class of 1950) — Jackie graduated from Hamburg High School majoring in art. During her senior year she performed as the school mascot. Not being comfortable in the spotlight, Jackie dressed in what looked like white long johns, hid her face under a paper mache bulldog mask and pranced around the field during football games.

Before starting her family, Jackie worked at AM&A’s in Buffalo in the men’s department. She had dreamed of landing a job in window display, but much to her dismay it never happened. Once starting her family, she quit her job and became a stay at home mom. As the children grew, she landed a job at Brookins Florist in Orchard Park as a floral designer. She worked part-time for 17 years before retiring.

Jackie has been working for the village maintaining the gardens throughout the town. She serves as a volunteer and co-chair of the Village Beautification Committee. She is on the committee for the “Buzz Around Hamburg” garden walk, is an active member of the Hamburg House and Garden Club and has been awarded a lifetime membership with the District 8 New York State Garden Club. Because of her artistic and horticultural talents, she has won numerous blue ribbons and special awards of excellence at the Erie County Fair for her window box displays and maintains an Erie County Agricultural Society Membership.

Along with these organizations, Jackie also belongs to the Hamburg Antique Study Group and has been since before the Boise-Lord house was moved from Main Street to its present location on South Park Avenue. She has worked many years there, renovating and remodeling and still spends considerable time helping the curator, especially during open houses, flea markets and Christmastime. Jackie also belongs to the Southtowns Dollhouse Miniatures Group, is a board member of the Village of Hamburg Community Center and is a past member of the Hamburg High School Alumni Association. She is a member of the Hamburg Volunteer Fire Department Squad 10 Group, which takes care of food and beverages during working fires and special events.

In her typical low-keyed demeanor, when she was informed of her selection for this award, her response was, “why?” She has been known to state, “I love my community and want to do what I can for it.”

George Emerling (Class of 1950) – George graduated from Hamburg High School majoring in Industrial Arts and finishing first in his class. During his high school career, he earned varsity letters in baseball and bowling, and served as secretary of the Varsity H Club in his senior year.

Shortly after high school, graduation night to be exact, George and Jackie Riggs started dating. Neither of them being able to afford college, they found jobs and married one year later. When the Korean War was going on, George had a 3A exemption due to having a wife and a little girl. He worked three different jobs within the first three years after marriage. On June 15, 1953, he applied for the Tool and Die apprenticeship at Ford’s Buffalo Stamping Plant and started the following day. His apprenticeship included 8,000 hours of on the job training and four years of part-time classes at Burgard Vocational School on Kensington Avenue in Buffalo. He finished his apprenticeship in 1957, and after retiring on January 1, 1992, he worked seven years in the ECC Vocational Department teaching mechanical drawing and blueprint reading.

Joining the Hamburg Volunteer Fire Department in October of 1964, George was an officer on the hook and ladder truck for several years. He was elected Assistant Chief, serving from 1971 through 1976 and as Chief in 1977 and 1978 of the Fire Department. He was honored as the “Fireman of the Year” in 1979. During his 30 plus years as a fireman, he participated in several department activities including numerous fire training classes and played on the baseball, volleyball and bowling teams. Along with Jackie, they created elaborate decorations for the annual firemen’s banquets held at the former Lake Street fire hall. Being exposed to and curious about it, George learned the art of gold leaf lettering and worked part-time for several years lettering fire trucks in the local area until the traditional art had been replaced by computer generated letters. He also spent many years compiling and recording fire department history dating from 1874 to 2000, but his proudest achievement for the Hamburg Volunteer Fire Department was the restoration of the 1927 antique Federal Hook and Ladder truck. George was assisted mostly in the project by Don Jacobs and at times from other members of the fire department. The Federal truck, along with the department’s old hose cart, is pictured in the publication, Antique Fire Apparatus of Western New York.  George has not only volunteered with the fire department, but has devoted much of his time helping to restore the Boise-Lord house on South Park Avenue to its original form. For several years, George volunteered to build several large, central-themed pieces for the Erie County Fair display gardens located in the Creative Arts Department. Also, being a longtime member of the Hamburg High School Alumni Association, he only became active after retirement and served as treasurer for approximately ten years.