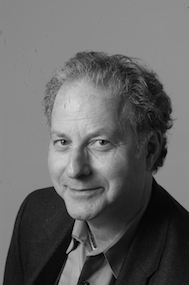 Nelson Morgan was born in Buffalo in 1949 thanks to the efforts of Brenn and Evelyn Morgan. Evelyn later became a much-beloved teacher at Hamburg High School, where Nelson also attended. After his sophomore year, Nelson entered the University of Chicago. After (very) odd jobs including work as a recording studio engineer, he got his PhD at the University of California at Berkeley in Electrical Engineering. After stints at National Semiconductor and at a brain research laboratory in San Francisco, he became a Professor in Residence at UC Berkeley, where he graduated 27 PhD students, and was for thirteen years the Director of the International Computer Science Institute (ICSI) in Berkeley, a not-for-profit research institute closely affiliated with the Berkeley campus. At ICSI, he mentored over 60 international visitors, primarily postdoctoral researchers. He has written over 200 refereed publications, and 3 technical books, including a graduate text on audio signal processing. He received the Signal Processing Magazine best paper award, and became a Fellow of the IEEE and of the International Speech Communication Association. He was the first to use neural networks for speech classification in a commercial application. He is the co-inventor of statistical uses of artificial neural networks for speech recognition, which became widely used in commercial systems. In 2016 he was general chair of the primary conference on spoken language technology, Interspeech. After retiring from his Berkeley career, he became focused on campaign reform through empowering political volunteerism. He co-founded UpRise Campaigns, a California Social Purpose Corporation, and wrote a 4th book about its goals entitled “We Can Fix It.”.