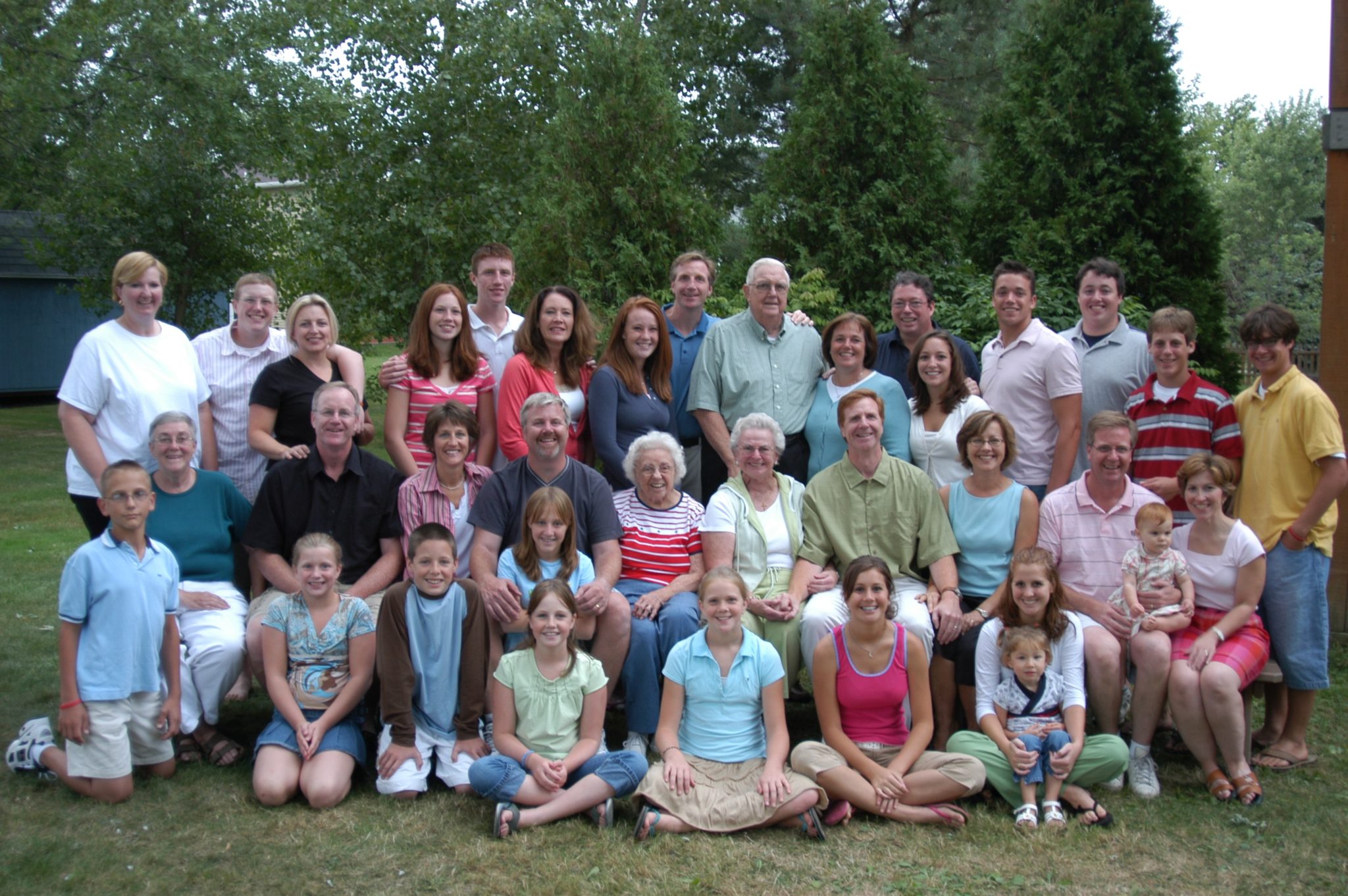 The Rich family has resided in Hamburg since 1945 when Jake and Millie Rich moved into the Quinby Dairy property. Their children Jay, Gary and Barbara all attended Hamburg High School. In 1957, the family moved into the Sandra Place home, where Jay and Carol raised 7 children, six of their own and their niece Tracy Meyers. All of them attended Charlotte Avenue School, while wearing out the diamonds and courts on the playground. There was at least one Rich in the Hamburg schools from 1959 to 1981. The family was fortunate that a number of them were employed at Rich Products. They are proud of their association with the Bob Rich family and this strong local company. While their success at Rich Products afforded the family the opportunity to stay in Western New York, it was their friendships established at Hamburg High School that enticed them all to stay and raise their families here. The Rich Family is proud of their support for several local missions, including their role in establishing Churches in Action. This group brings together 17 local churches where the combined talent allows for significant work projects, food and clothing drives and other mission support, both locally and internationally. The entire family has also been very involved at the Dunkirk Camp and Conference Center for more than 50 years. This Christian-based camp serves over 1000 youth and families, and is located on Route 5 overlooking Lake Erie. The Richs associations with St. Luke’s Mission of Mercy and mission trips to Haiti and Acuna, Mexico have all been shared with friends from Hamburg. Given that all 7 kids were involved in sports, the Richs participated in many Hamburg High School games and sports event over the years. In 1981, parents Jay and Carol Rich were awarded a Hamburg letter, recognizing the record number of sports events they attended over the years. That participation continues today as several of the 3rd generation of Richs go through the Hamburg school system. It was 1977 when Ed Van Tine moved to Hamburg and started a summer club lacrosse program at the Nike Base. There was a handful of the Rich family on that inaugural team in 1977 and in the early years of the program. That team was a direct predecessor of the strong Hamburg lacrosse program the district enjoys today. During their time in the Hamburg school system, the Richs were blessed with terrific teachers, coaches and teammates, many of whom are lifelong friends.