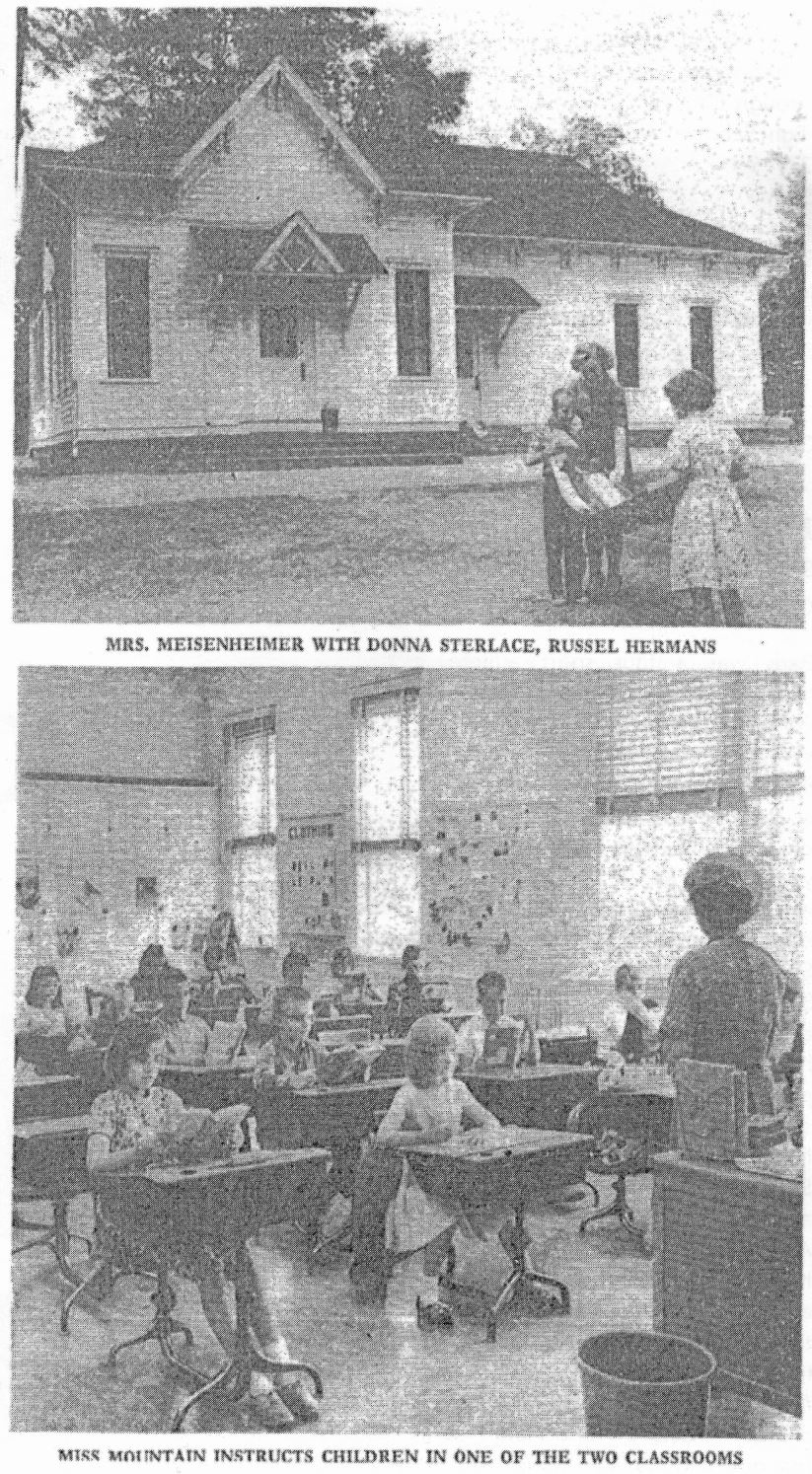 Located on the Gowanda State Road, the Water Valley School was actually two buildings — a smaller one on Stevens Road, facing the larger two-room school house. As late as 1945, children attended Water Valley for all eight of the elementary grades; graduating eighth graders had the option of leaving school entirely, a practice evidenced more commonly among farming families. Or they would move along to the high school in Hamburg’s Village, or to the high school in Eden — which was mostly a matter of logistics, personal preference and convenience. Many of the children attending Water Valley lived to the south and west of the bridge crossing the Eighteen Mile Creek, and it is to these hundreds of students and their teachers that we honor the generations of learners who attended this community school. In the school’s last thirteen years, when classroom space became scarce at Union Street School, and beginning in 1951, a good half of the Union Street third graders would meet and board the bus each morning. From there, the bus made its way – no more than a mile to the south on Pierce Avenue – to three waiting teachers and two school buildings. The kindly, soft-spoken Mrs. Josephine Hipp taught her little learners in the one-room school house facing Stevens Road. Her daughter, Susan (Hipp) LeMar recalled that her mother had been “an educator at heart, a true professional, and an encourager of every child.” Once Mrs., Hipp was retired from Hamburg, she signed on as a missionary in Costa Rica, where she resumed elementary school teaching. In the larger, two-room building taught Mrs. Helene (Tornow) Meisenheimer, known for her easy laughter and outward love of children. Miss Mary Mountain, recalled by nearly everyone as one of the best teachers ever, shared her thoughts at the time of the school’s closing: “I’ve taught in many schools,” she said, “but I’m convinced small schools are best for small children.” For eight years Miss Mountain’s classroom was in the bigger school, as was that of the larger-than-life Mrs. Meisenheimer. The kids were served the same hot lunches as they would have had at “the big school” in the Village, served by two cooks – Mrs. Dorothy Kummer and Mrs. Laura Eckhart. Everyone in the larger building ate at their desks, while folding tables would come out for Mrs. Hipp’s group. After z AL RIXTS CHILDREN IN ONE OF THE TWO CLASSROOMS lunch, it was out to the playground for organized games – or just some great fun with classmates. One former student, recalling those recesses at Water Valley, told about kickball games where the ball would end up down the embankment toward the Eighteen Mile Creek. “Nobody was allowed to chase after it – except for Mrs. Meisenheimer. Off she’d go scrambling down the hill to retrieve our ball.” He said that she went all the way to the creek to get the ball, got back, and the game continued. For more than one hundred years Hamburg’s young people attended school in the building on Gowanda State Road, a “learning community” where lasting relationships began, where academics were nurtured, and the “love of learning” could grow out of bonds among students and their dedicated teachers.